Rick has been coaching for so long, it's hard to remember a time when Rick wasn't coaching.  Regardless of the sport, Rick has always had a knack for keeping things fun for the kids on the field, so much that they are learning and working without any of it feeling like work.

When Rick's oldest daughter expressed interest in softball back in 2003, they both found the sport they loved.  It wasn't long before his youngest daughter was old enough to hit the field.  Before long, you could be sure to find him on a softball field almost every weekend, either coaching, playing or umping.

Rick graduated an 18U team in 2013, after winning multiple runner up titles, as well as a District Championship.  A new team was formed the following summer.  It's come with its share of growing pains, but 2017 ended on a positive note!  Overall, it was a successful season!

In 2017, Rick's youngest daughter finished her last season of 18U softball and will be assisting with the 16U team for the 2018 season.  Many volunteer coaches only coach as long as their kids are playing, but softball in in Rick's blood, and he couldn't see himself doing anything else! 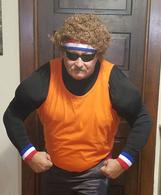 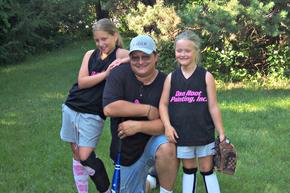 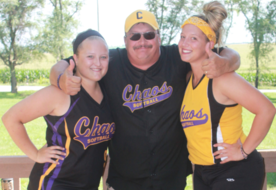